Ansel Adams was born February 20, 2002. He is “the” icon of American landscape photography. Trained as a concert pianist, his love of photography and time spent in Yosemite National Park led him to a career change.

Time spent in his beloved Yosemite brought emotional and physical healing. As he emerged from the breakdown months later, he wrote the letter below to Cedric Wright. It is now considered a classic and the final paragraph is quoted in a host of photo books and on dozens of web sites. The exhibit at the Stieglitz gallery was a huge success and Adams went on to become one of the most famous landscape photographers of the 20th Century. 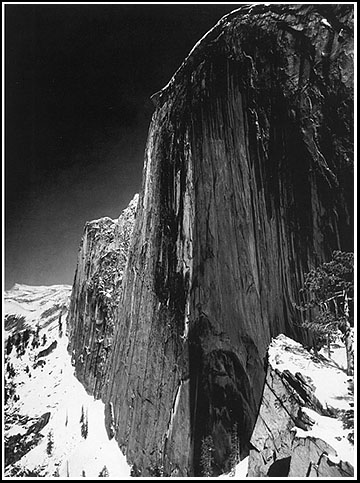 Ansel Adams Gallery. Buy posters and reproductions of Adams’ work ($20-30), archival replicas (starting at $129), andÂ  vintage, rare originals that were printed by Adams (these cost thousands of dollars). You can also get “Yosemite Special Edition Photographs” that are individually hand printed by Alan Ross from Adams’ original negatives (currently $295). The gallery also sells works by other photographers.